Skip to content
Get the Kindle book or free PDF of Disabled During Disaster - Wendy Wagner FEMA ID #41-1371304! 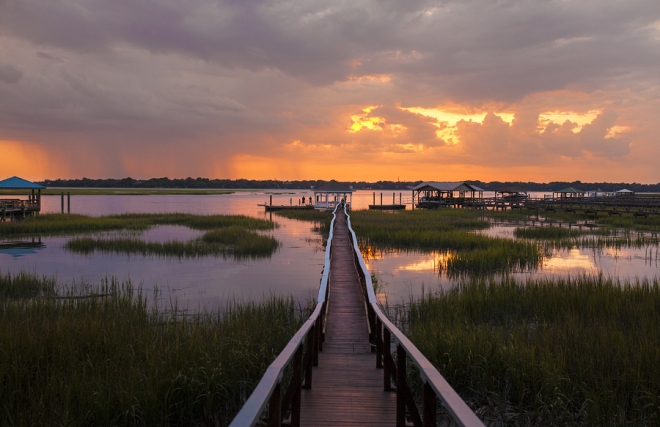 It would be a busy weekend. My son and his wife were traveling to Long Island for a two-day Bar Mitzvah and planned to sleep at my home on Saturday night. I made spaghetti sauce, roast chicken and two pounds of honey roasted shrimp, just in case we had dinner. There were two pints of Ben and Jerry’s Chocolate Chip Cookie Dough in the freezer, my son’s favorite, and a lemon meringue pie. Since my sons moved from Long Island several years ago, visits were a treat.

As others, I was casually watching reports of the hurricane coming up the east coast. All day pretty women in red dresses made cutesy quips to weather men about this and other storms. But the bottom line was always that it would hit us with winds of 75 miles an hour. I and others reacted with the knowledge that we had been through storms like that before. There were not predictions, like last year, that this was “the storm of the Century,” when I had gone to my son’s house in Albany. And then I couldn’t get back for a week because the upstate inland streams and rivers swelled and destroyed roads and whole towns. There were no ominous reports on this one, until late that last evening, when they finally dubbed it a “Monster Storm,”. and officials belatedly warned, “Don’t underestimate this one.” I never received an evacuation call, like I did last year.,

The night before the storm surge, I sat content, making 48 meatballs for our Christmas Eve feast, a difficult task with intractable pain. But, my disability had always been my challenge, not my master, certainly making life more difficult, but more productive and satisfying; because the more difficult my life became, the harder I tried, the more I accomplished.

Christmas was looming in my mind’s eye, and by making one dish every two weeks, I had a feast in my commercial freezer by Christmas Eve, and the pain of the cooking was behind me. The meatballs turned out yummy, evenly browned and fragrant. I lined them 1/4 inch apart into a sparkling white Corningware roasting pan and placed it covered with foil in the freezer next to two casseroles of buttery-tender pot roast, a white meat chicken and broth entree, two spaghetti meat sauces, a lasagna, and four pounds of shrimp waiting to be honey roasted. Sweet satisfaction!

I had finished phase one of Christmas. Prior planning was crucial for me for successful implementation of a holiday, if I wanted to join in. I was a master of organized living, not by choice, but by necessity. And nobody ever knew how deliberate my decisions, my actions were, because I was o.k. That’s the way I wanted it.

Morning came, and I felt like I was being crushed and torn apart at once. I knew it was the change in barometric pressure. It was eerily calm, warm and humid. I spent the time washing my hair, washing my dog and washing all the floors. How ironic, to wash floors not dirty, when 24 hours later a storm surge would splatter sewage across my nest, lacerating tomorrow. Oh the violation: the disrespect!

About two o’clock my son’s wife called, saying they had finished early and were on their way. I was ready. I was prepared for any turn of events, except Sandy.

They arrived at the house stressed, because my daughter-in-law’s cousin had been rushed from the Bar Mitzvah to the hospital for complications of Ovarian Cancer. We spent the next two hours sad, agitated, frustrated, and bewildered. Finally they decided to go to her sister’s in-laws house in a neighboring town in the hope of learning information about her cousin’s condition, only to learn that she had emergency colon surgery. There was dinner with her family, and a late evening return to a warm soft bed. We promised we would eat my dinner the next time they came. None of us suspected there would never be a next time.

Morning was hectic, as my son’s wife wondered if she should visit her cousin in the hospital or attend the son’s Bar Mitzvah. They decided to stop at the same in-laws and take it from there. She came into the living room in a black and white halter dress, smiling, “Take our picture.” Those were the very last pictures ever taken in my sweet home, of two lovers, all dressed up, acting silly, anticipating showing off new dances they learned in Manhattan.

The weather reports had gotten more specific this morning. They were now saying it was going to be a big storm, a strange storm because of the tides and the moon, and an unprecedented loop that it was going to make at about the level of Long Island. The storm, they predicted, was going to hook to the west, pick up a cold front, and loop back to Long Island with the cold front inside of it. But they always prefaced the reports with the fact that the winds were only 75 miles an hour, hardly a hurricane.

I suggested that my son and his wife should either stay overnight at my house or leave the party early, because it was predicted that the storm was going to make landfall in Northern New Jersey. My son assured me that he was watching the weather forecast, and if they needed, they would leave the party early. “We are going to be in Long Beach, right on the ocean, so we will be able to see if it gets bad.” Who imagined big chunks of Long Beach would be gone tomorrow. Certainly not two innocents dreaming of dancing in party clothes. My son’s wife repeated that this party was just really important to her. I just wanted them home safe before the storm hit. It was 11 a.m. when they left the house, pretty and unafraid. I was uneasy at their optimism. I feared them crossing the Bridges in a high wind, or driving into a blinding storm on 95. That was the last I heard from them until about 4:30, when I looked on Google Latitude on my computer and saw that they were almost home. I was relieved, but thought they had cut it close.

I crawled into my hospital bed, unawares that I would never be that comfortable again. As my throbbing body settled into memory foam and my service dog snuggled under my arm, I whispered one last time, “Thank you God.” I was at peace.

Sunday was the 29th, the day my world went away. The wind was picking up. The air was moist and claustrophobic. Watching my favorite classic movies, I was cozy and content in my sweet bed all day. Every once in a while I would tune into the weather. Until evening, there was really not much new. But evening hours brought news conferences with officials warning us, “Don’t underestimate this storm. It is going to be an extremely dangerous storm.” They explained the moon and the tides, and the turn west to pick up the cold front. Their voices were stressed. Suddenly there was no time to prepare. No time to be afraid.

I wondered why officials waited so long to warn us? If my two sons had not pushed me to evacuate, I would have chosen to be comfortable and warm in my own bed. I would have been in my hospital bed, plugged into the wall, as 6 feet of turbulent water sheared off my front door, gulping chunks of my past, spewing unsanitary slime across my treasures. My bed, my comfort, my sanctuary, went on fire.

I went to my ex-husband’s house: uninvited, calling up favors, close-by and north of Sunrise Highway. He slept in his bed with his cat, snoring. I slept on the floor, with my service dog, moaning softly with spinal pain, wishing I was at home in my own bed. All through that last dark night, in that unwelcoming place, the wind and rain outside seemed no worse than a Nor’easter. Not so bad.

211 thoughts on “The Calm Before the Storm.”